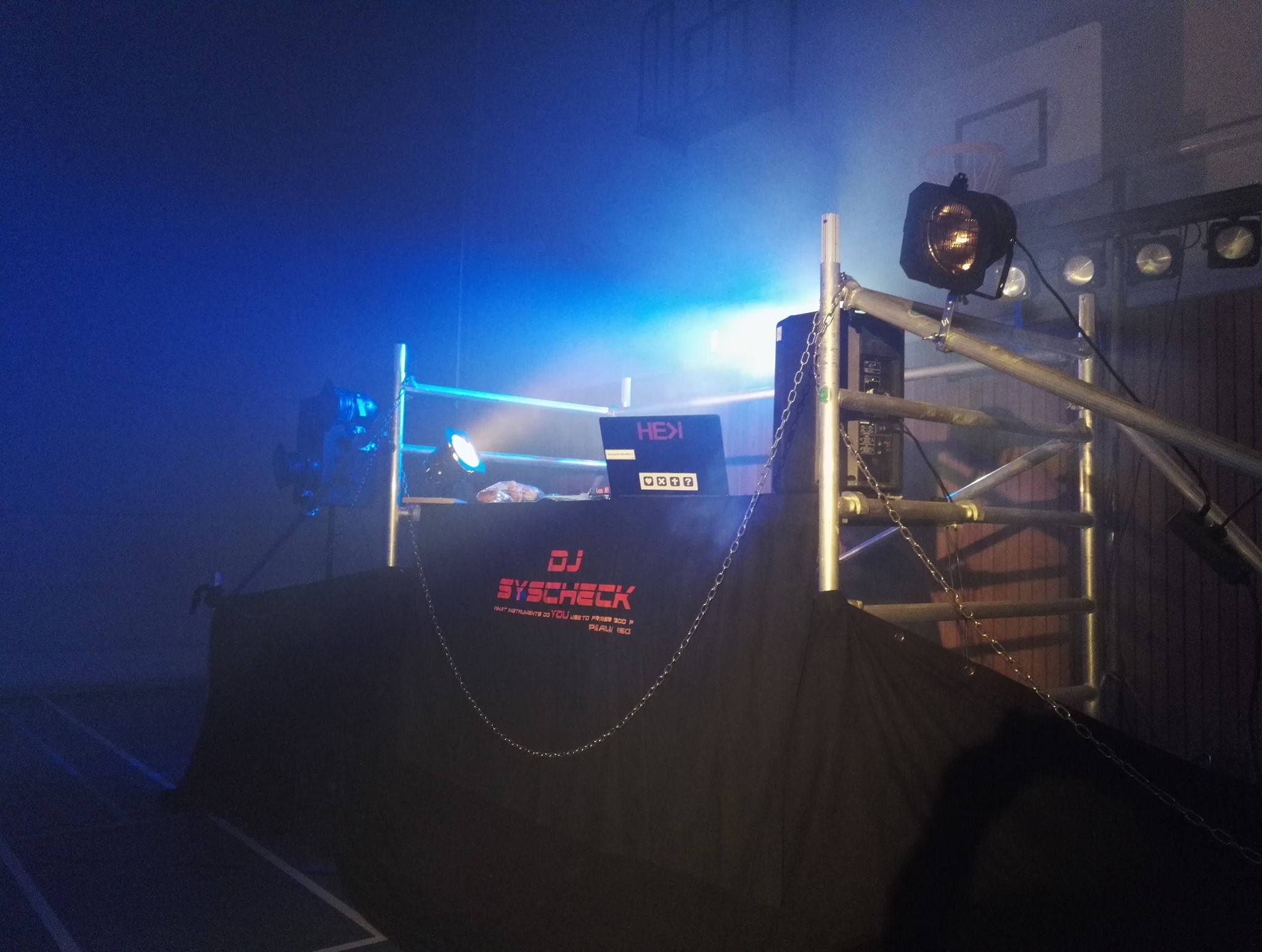 Well, there we go.
A last serious message, written down in the end of September 2016.
I’m quitting DJ-ing.
And with that said, and you still being interested in a LONG read, let me explain it a bit, because there’s a story behind it.
I’ll try to keep it as simple as possible, without massive bible verses, as they are meant for my personal journey with Christ…
Here we go! 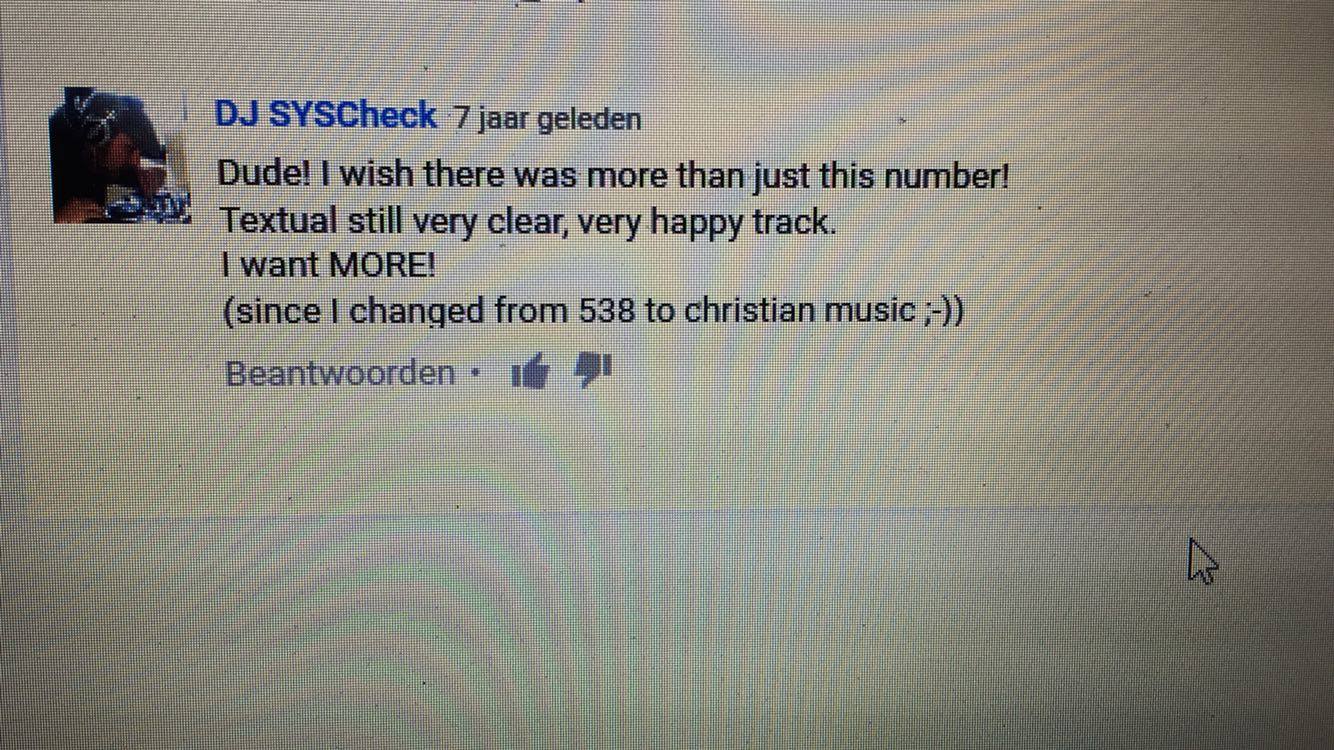 Almost 7 years ago I started looking for a way to be of more use to Christ. I hoped I could do that with music and mainly with my favourite genres. Thus, I started looking for dance, trance, house produced by Christians.
I wanted to reach young people with THEIR music;
The same ‘sound’ they are listing to on secular radio, but then giving them a chance to notice that Christians aren’t dull and that GOD is the ruler over music, and that HE can use talents from Christians to produce all sorts of 21th century music.
It was KILLING me to see that Christian youth are listening to secular radio “because that’s were the good music is”, while in the back of my head I continuously heard the sentence: “Why should the devil have all the good music?”. The devil has NO RIGHT to that.
I couldn’t stand the fact that there are so many young people who aren’t reached with the Gospel, the Love of God, the message of Life through music, just because most Christians are to stubborn to accept the fact that God wants to reach those in the corners of the streets, the lost, those who are looking for more in life than just what the world has to offer, those who are trying to fill that emptiness, that only God can fill (because He wanted to be with us from the beginning of time), and that music is a HUGE way to reach those youth with His message.
At that moment (we’re talking 2008-2009 here) there weren’t many tracks to be found. Some remixes, some bad productions not really worth mentioning and almost everything you could find was low quality. The market just wasn’t there yet. Just small, really small. And the online community was even smaller.

One of my family members than made the remark; “If you’re looking for Tiësto or Armin v. Buuren quality; you’ll never find that in the Christian community”…
That triggered something in me; you should never, EVER tell me that I won’t find or succeed in a journey. If that’s what you tell me, I’ll always try to prove you wrong! Even if it might cost me more (in whatever way), than would be wise. (Not sure if that’s a good thing or a bad thing though).

During 2008-2011 I started to look at forums (mostly Portuguese, some Spanish and some underground English forums). As a result I found some startup labels and eg. GodsDJs.
And then, suddenly, it seemed that there was a burst of hope coming from all over the earth. Now I can say that it must have been the Holy Spirit working in the minds and hearts of lots, and lots of Christian producers and potential Christian DJ’s.
As far as I can see, in the last 5 years EVERYWHERE labels, DJ’s and producers started popping up, DJ’s; all looking for a way the share something of their believe in the salvation thru Christ, our Lord. 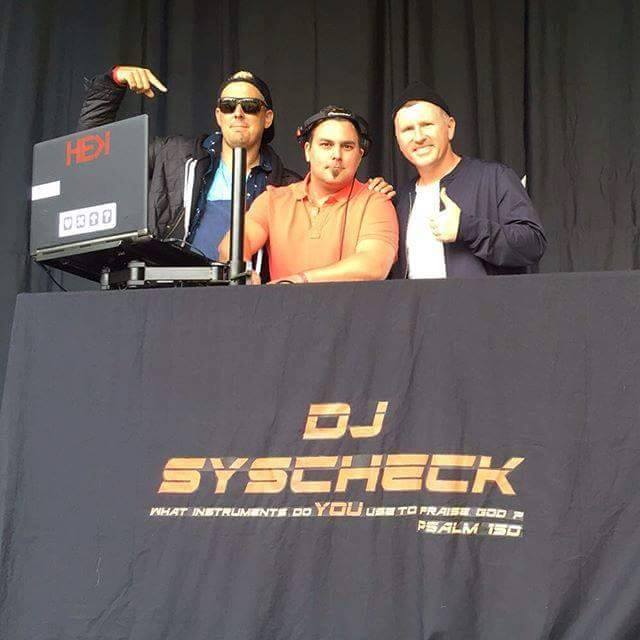 It’s been an incredible journey to look back at. I’ve experienced so many good things, learned so much of the music business.
I’ve met so many people who each in their own way, are trying to be a little reflection of Him, Who is worth every attention.
I’ve learned to throw away my tiny way of thinking about how God ‘should’ work in this realm we call “the club/music scene”.
I’ve learned that God is VERY flexible in His way of reaching people thru the music. What was -thought to be- unusable in the 60’s-70’s-80’s-90’s is now one of the BIGGEST ways His Word travels; music in all sorts and genres are being used to tell SOMETHING about Him.
I also learned that my point of view, due to my personal experiences on this platform, doesn’t necessarily needs to be shared by those closest to me. I now understand why Jesus Himself needed to leave His own birthplace to be able to reach out to well… … those people that weren’t that common to be looked at, let alone hear His voice.

I could share lots of experiences here online. But to be honest; those experiences might not be useful for your own journey with our Lord and Saviour Jesus Christ. It could even spoil some things that He wants to show you Himself.
I’ve tried to use my Facebook profile to share the music experience, from what I think is useful for other (young) people who are looking for decent dance/trance/house/dubstep music produced or remixed by christians. As long as Mixcloud exists, you’ll be able to listen to all sorts of mixsets I created; there’s enough variation to your liking 😉
My website will stay up as long as possible, although the downloads will probably go down in the next couple of weeks (so download NOW what you can find there…).

So what caused my change in perspective? Why stop now?
Well, as said earlier; the life of a Christian is never the same as any other person’s life. No Christian is the same; probably because we are HUMANS. Which means that God uses all of us in different ways, we learn different things from Him, and His timings are different for everyone. But above all; it’s personal, because that’s what He wants; to have a PERSONAL relationship with us humans, through Jesus Christ, Who made that possible (again).

Having said that, here’s a part of my personal journey with Him, in how He changed my perspective in what’s important for me and how that has changed my thinking about being the DJ (as in, the guy who’s responsible for what’s played).

Me and my wife have been on an intensive road trying to get kids. We’ve been on a road with hospitals, tests and IVF / ICSI (still in the ICSI process). Although we’ve grown closer to each other, our time in building a relationship with Christ is not what it could be.
I put most of my free time into music, searching for new, different REAL christian dance/trance/dubstep/house music. God definately has used me on the road as a DJ, but… somewhere, a couple of months ago, I felt an emptiness starting to excist. So, me and my wife went down on our knees, asking God to answer us in what was going wrong. My wife is going through her own spiritual battles with that, but God was very clear to me and answered me in several ways. He asked me:

This last part is really hard to explain. But it is my believe that God’s asking me to shift my focus to seek the quietness in where I can find Him, He’s asking me if I’m willing to let go my passion in using dance/trance/house as a platform to reach people. He’s asking me to seek Him more and be prepared to be used in a different way. A way that I’m not sure where it leads. A currently unknown road. But I’m sure He’ll guide me. I’m telling you all this, because when you’re reading all this, it means you’re really interested. And you’re probably one of the few who is seriously following my musical travels.

How am I going to bring this all to practice? I don’t know. Yet. But I know it all starts with a choice. That’s how God made us; He wants us to choose for ourselves. And if we choose Him, I know from experience that He’ll bless it. Amen?