At the age of 6 I started learning how to play a flute and experiment on some other instruments. My parents told me that being able to know and ‘dismantle’ notes and tunes would help me out if I ever wanted to do something with music, it would be a perfect start to learn (if I wanted to) something about music. Within a year I fiddled enough to convince my parents to buy me the next challenge; an electronic organ. We weren’t rich, so I had only lessons for one year, after which I studied with my own trial-and-error methods.

After having played all kinds of ‘long church notes’, I wanted to use the integrated beatbox which resulted in the fact that my parents forced me to use headphones. After all; we’re talking about the 80’s; a time when re-writing the psalms with a decent rhythm wasn’t the usual kind of thing you would hear in most christian homes 😉
That didn’t stop me though; After a couple of years I could get some extra lessons and then I discovered the synthesizer and keyboard. Even the first computers were able to satisfy me being able to program some basic music within GW Basic (who remembers those times?!).
And they puberty kicked in… 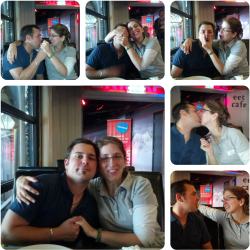 And then I met my wife. She showed me how pure love could be and I started thinking about marriage. Still being an addict, I thought I could break with the addictions easily. Having found the love of my life certainly helped, but I thought I could fix it all myself. I thought that marriage would help me get me back on my feet, and although that also helped getting my life back together, I still missed out on the biggest Helper, Friend, Healer and Guidance. I still thought I could do it all by myself. How wrong could I have been…

It must have been a cold September morning somewhere in 2008… I wanted to get out of bed and suddenly something ‘snapped’. I couldn’t get out, a dark cloud thickened above me and I felt like al my bones broke. I panicked. And that panic didn’t go away. Everything was too much. Lights. Sounds. Feelings. Food, smell, and even love; somehow I couldn’t cope with life anymore.
Somehow the last 15 years of extensive depleting my body and mind kicked in. A couple of visits to the doctor and psychiatrist resulted in a ‘simple’ explanation; I had a burnout.
It felt like my life was over. Nothing mattered anymore.
Day after day, week after week passed. And then, one night, standing on the balcony of our flat/condo, I was ready to finish my life. But God had something else in mind…

… So He literally prevented that I would jump. And although I grew up in a christian family, supposedly knowing all about God, Jesus and the Holy Ghost, that experience told me a valuable lesson about His love: He didn’t want me to jump and end my life. At that moment He grabbed me and filled me with His indescribably love. Inside, I melted, broke down in tears and made a renewed decision to follow Him; my Saviour who loves me so much that He wanted to let me experience that in a very personal way.
It took me a couple of years to re-discover Him, reading up in the Bible helps me to understand Him more and more.
I finally discovered that with Him I could conquer over my addictions. I finally could start living again; a deeper and more meaningful life than I could have ever imagined.

I had been listening to a lot of dance, trance and house music in those years. Those music styles intrigued me; I listened frequently to Armin van Buuren & DJ Tiësto.
One of my old game-buddies challenged me: “Being a christian means you’ll probably never be able to listen to those genres again; there are no believers that produce those styles, so you’ll have to go back to your psalms and 2-second notes.”
His challenge triggered something in me. I started looking around. Christian bookstores definitely didn’t satisfy my musical needs, so I started looking online. I began the long search for Christian producers who were engaged in the production of dance , trance, house , dubstep and chillout music. Thanks to some experience as a radio presenter I was able to connect with DJs and producers who have the same passion for Jesus and want to use their talents for Him.
In those days I wasn’t a DJ yet; I was just enjoying my musical travels, but than the question raised; What about my talents? I know music. I know radio.
So I started my own radioshow; no big fancy thing, just a bit of talking and playing ‘normal’ gospel music. And then tried to mix it up a bit.
That was not enough… So I bought a DJ Controller and started discovering my DJ-feelings.

Going for the long run

Thanks to the late radioshow “Christ Hits” (aired until 2013) I was discovered and by the host of the radioshow and I was given the opportunity to be heard, which resulted in a new agreement with the radioworld to show off some of this relatively new genre of gospelmusic and I got a chance to produce a live mixset on the radio for 3 hours.
The challenge resulted in a boost to keep making mixsets for this radioshow which were played several times, even during live performances in the studio.

In 2014 a new chance arose; some overseas radiostations and a dutch radiostation Veluwe FM showed interest for a couple of mixes and in that year the mixsets “For The People” were broadcasted on a montly base.

The main aim was, is, and will remain to trigger youth who normally only listen to secular music; hopefully they start enjoying more gospelmusic. The genres dance, trance, dubstep, house are just a means to show that there is more than ‘just traditional gospel’. Christian youth should be focussed on God, as should be the music they listen to. This passion I have is also reflected by my choice for music being used in the mixsets; lyrically it is always focused on God, the instrumentals are produced to magnify and glorify God. That is exactly what it’s about; There is a new refound way to worship God; let’s dance like king David did !

The name DJ SYSCheck thus acts not anymore as ‘SysError’ (a nickname I used in games), due to System Errors ( system failure), but is short of S.Y.S.Check ; Save Your Soul , Check ! (a derivative of the SOS emergency call).

As DJ SYSCheck I continue to evolve by focusing on making mixsets . I prefer the simplicity by not using sophisticated equipment; a laptop and DJ Controller are my style.

How does your believe influence your life?

God is my heavenly Father. The Lord Jesus Christ is the only person and way to restore the communication between God and me. Thanks to Jesus I’m able to call myself God’s child. The Lord Jesus is my best Friend who’s always with me, even 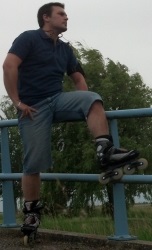 in moments of doubts or when I don’t feel Him. I know He’s always there, taking care of me in ways I can’t always comprehend. I know He loves me in an incredible way that we humans can’t describe in basic words; you have to experience and get to know Him for yourself to know what I’m talking about.
Although I’ve been raised as a missionary’s son, having thrown away a big part of my life in drugs, alcohol, porn, games and walking away from Him (like Jonah did, if you know the story), He’s been faithful to me. After a renewed choice to follow Him, He showed me that He wants to use my talents for Him. One of those things are DJ-ing.

Would you like a meet-and-greet? Maybe there’s room for a testimony in your local church? Or would you like to book me for a party or church event?
Visit the Contact page to find out how.

May God be with you in your life, get to know Him and stay close to Him.
He’s worth it
Amen.